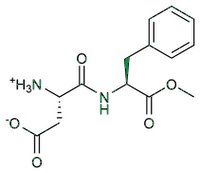 I first met Coca-Cola Blak in the local grocery store the other day carrying a MSRP of $4.99 for a 4-pack of 8-oz bottles, but "on sale" for $1.99. A quick scan of the label revealed that Coca-Cola Blak was a "Carbonated Fusion Beverage".


I held out a small hope that the beverage might facilitate multiple nuclei joining together to form a heavier nucleus, accompanied by the release or absorption of energy depending on the masses of the nuclei involved. But in this case "fusion" meant that in addition to carbonated water and high-fructose corn syrup, I could look forward to some coffee extract if I elected to drink it.

I put the bottle down and backed slowly away from the display. I still have Pepsi Kona flashbacks, and wanted no part of this latest foray into cola/coffee hybrids.

So when the wife came home today with a 4-pack - unannounced, I'll have you know - I decided to face my fear; three hours later, properly chilled and decanted into a clean glass, I am about to explore Coca-Cola Blake Blak.

Observations:
After washing my mouth out with the soothing neutral flavor of tequila, I discovered that BevNET weighs in on this drink as well: "The taste of the product is enjoyably sweet and creamy, but the aftertaste is somewhat brutal, with bitter flavors of coffee and aspartame left behind."

Nice job, Coca-Cola. In a side note to the MBAs running product naming, I wanted to mention that putting a long bar over a vowel makes it a "long vowel", which means your product is pronounced Coca-Cola "Blake". Time to brush up on your phonics.

Thanks to you, I will never drink this...

Does it come in diet?

It inhabits an odd space between diet (0 calorie) and high-test (lotsa calories).

In any event, my recommendation is that you avoid it. There are tastier things to drink. Like whatever the monkey is drinking here.

So, then, on the East Coast is "regular" Coke, Coke Blak with cream and sugar?

I saw it in Safeway the other day, all piled up in a bin by the cheese counter. The bottles looked a bit tattered. Not appealing.

Although I did once go to the Coca-Cola Museum in Las Vegas (alas, no longer there) and drank about (I think) 45 little cups of carbonated beverages from all over the world.

One stood out: a anis-based drink from Italy that tasted like bile.