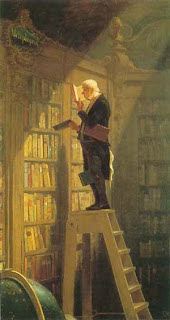 IN EVERY large city like New York there are human astrays who make a precious living by hanging on the borders of the book trade. They drift around from one bookseller to another picking up a small profit by selling some item to one bookseller that another bookseller has in stock. Or, they take out an item and find a private purchaser who may want it for family reasons. For instance, in the autograph trade the roving trader will take an old Livingston letter and sell is (sic) to some present member of the family, --and often gets a price much higher than the normal one. Or, in the book trade he learns that some man is collecting books about Lincoln, and when he finds a Lincoln book he takes it to him. These men have no capital and they keep no stock on hand. They get trusted for the books and generally are honest.

They are men who have seen better days, who have education, often genteel manners, but for some reason have lost their hold and failed in life. Such a man was James Trevett Pike, who died some weeks ago, aged 73 years. He was a tall man with a full white beard, and a curiously mottled face. His father was a well-known scientist who was well to do and gave the son a good education. The young man entered Wall street as a bond salesman, was successful and at one time was worth $130,000. All of this was lost in a panic and after that his living was precarious. He became a book peddler and for twenty years past drifted around in the trade, and sometimes acted as a buyer at auctions. Of late years as he grew old and his health bad, he made many blunders, and caused laughter at sales. His manners were very courteous and excited sympathy, thought he was not lacking in shrewdness in business. He had two friends, Joseph Sabin and Mr. Hartsoff, of G. A. Baker & Co., who stood by him, and they kept him on his feet. Then he broke down entirely, was taken to a hospital, and the end came soon.