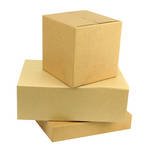 I was knocking around Boxxet this evening when I came across a clever piece of functionality there that has opened my eyes to a possiblity I hadn't considered.

Some background first: as far as I can tell, the majority of RSS feed usage comes from a long-ish list of RSS readers, also known as Aggregators. For example, Feedburner tells me that the following readers are used to access ack/nak: Firefox live bookmarks, Bloglines, NewsGator Online, Yahoo, SharpReader, Bitacle, Netvibes, Oema Reader, Pluck, Safari RSS reader, and a few even more obscure ones too.

Articles in an RSS feed show up as line items under the header of the feed title. In other words, a straight-forward index of content. Clicking on the content header opens up either the target page or a text representation of the content itself which is included in the XML feed.

This was how I thought you consumed RSS feeds. Blog name, topic index, click to view.

So imagine my surprise when I went to add a link to Boxxet this evening: it reported that it found an RSS feed at the target site, and would I like to add the entire feed as a bookmark, or just the individual item?

It then proceeded to ask me how I'd like Boxxet to evaluate the feed content, and a few other very clever, pertinent questions. Rather than describe the entire process to you, go experience it for yourself. If you need an "invitation" to get into Boxxet, let me know and I'll send you one.

For those of you who haven't been keeping up with your reading here, Boxxet is a new web-based solution for aggregating all manner of digital content related to specific topics into collections known as a "box sets". Through the combined work of a special learning engine and ongoing user feedback, it makes smart choices about what should belong in a given set.

In being able to not only detect and bookmark a feed - something any RSS reader does - but also offering the ability to incorporate the feed as one of the content streams flowing into Boxxet, it's doing something very special. Because any given feed can provide content which is applicable to a variety of topics, running it through the Boxxet learning engine can in fact associate its content with a variety of distinct "box sets".

In effect, Boxxet makes RSS vanish by treating feeds as sources of content that can be associated with meta-topics. It breaks the straight "index and content" metaphor. The user doesn't have to know what RSS is to benefit from the flexibility and specialization of RSS.

This turns the fact that RSS' brand recognition is somewhere in the ballpark of 4% into an irrelevant statistic. Just so long as content providers make their content available through an RSS feed (which is dead easy), consumers don't ever have to know what RSS is. All they will see is the content that matters to them.

Which is the promise of RSS in the first place.

Would love to check it out... thanks!

Charle, you need to send me an email, not an anonymous comment, so I can send you the invite. You can use the "contact me" link on the rigth hand bar.

Hello – this is a message for Mr Bob Corrigan (I hope you are the right 'Bob'). Could you drop me an email, please? I am a journalist writing a story about sybarites for The Telegraph… I loved what you wrote about the Diaka vodka. Very funny and wanted to quote you on it. Anyway, my email is lisa.reich@emap.com.