mu: the paper that explains everything. . . 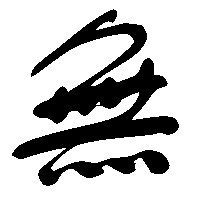 . . . opens with the following abstract:


All fields of the standard model and gravity are unified as an E8 principal bundle connection. A non-compact real form of the E8 Lie algebra has G2 and F4 subalgebras which break down to strong su(3), electroweak su(2) x u(1), gravitational so(3,1), the frame-Higgs, and three generations of fermions related by triality. The interactions and dynamics of these 1-form and Grassmann valued parts of an E8 superconnection are described by the curvature and action over a four dimensional base manifold.

I much prefer his introduction:

We exist in a universe described by mathematics. But which math? Although it is interesting to consider that the universe may be the physical instantiation of all mathematics, there is a classic principle for restricting the possibilities: The mathematics of the universe should be beautiful. A successful description of nature should be a concise, elegant, unified mathematical structure consistent with experience.

When you are ready to marvel one man's take on the beautiful mathematics of creation, go read the full paper. Or perhaps you might enjoy reading about the multi-dimensional object that inspired it first, your call.

Or perhaps you might wish to read about the so-called "surfer dude" who wrote this gangbuster paper.

In any event, bring booze. It's a long, complicated ride. When you're done, you'll appreciate (as one commentator in the above article did) that 'the universe (E8) is a doily. Does this theory explain where the missing 98% of the universe is hiding?'

The answer is, of course, mu.

UPDATE - Ready for some fun? Read an article by an angry Czech in which he opens an n-dimensional can of whoop-ass hatin' on our (newly) beloved Surfer DudeTM and other untermenschen.

The author is not constrained by any old "conventions" and simply adds Grassmann fields together with ordinary numbers i.e. bosons with fermions, one-forms with spinors and scalars. He is just so skillful that he can add up not only apples and oranges but also fields of all kinds you could ever think of. Every high school senior excited about physics should be able to see that the paper is just pure junk. I understood these things when I was 14.

Of course, I am unequipped to assess either the quality of the original paper or the rebuttal cited above.  So I asked my best friend, a physicist at Fermi National Accelerator Laboratory, who definitely is.
"So, what do you think of this paper?"
"It calls out specific particles that we can go look for, and it's generating interest among non-scientists."
Then he started talking about guys named Heisenberg and Planck and dark energy, at which point the barking in my head started and I just smiled.
I can confirm that there is an awful lot of interest on this topic.  Even my own humble article on the topic has been heavily viewed.  And a scan of the comments below will also show a note referencing a website dedicated to promoting the Lisi paper.
Inevitably we'll all be looking for the number 42 to show up; if it does, we'll need to check to see if Douglas Adams is rotating rapidly on his horizontal axis.
And a confession - after originally coming out as a non-fan of Luboš Motl, I have to admit I've gained a new respect for a) the blistering rate at which he posts and b) the eclectic nature of his writing.

e to the i, pi is negative one.

I sure hope that this theory works out. And the controversial business of him adding one here and there probably means something really really important.

I'm still looking for any connection to "42".