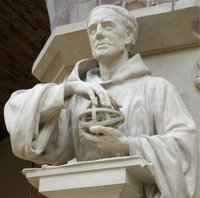 
Say it with me a few times. Schmackos™. Now remember your Yiddish and say it again. It's even funnier that way. But I digress.

Now let's look at the product. It's a perfect example of two principles:

1. Pet owners treat their pets like people.
2. There is a difference between buying features and usage features.

The Schmackos™ TV spot features a claymation dog that climbs up to the roof to avoid getting a bath. We learn from the website that the dog's name is Roger (get it?), that Roger was born in "Bacon Hill, New York" (ho ho!) is "just old enough to know that fake bacon is not his friend" and that Roger dreams about "Smoked Bacon" and "Cured Bacon".

Having established that Roger Likes Bacon, the viewer is not surprised when Roger declines his owner's bribe of a "fake bacon treat".

Rather than bring the dog down with a few shots from her handy twelve gauge, Roger's owner breaks out the good stuff. The Schmackos™. And voila, Roger responds with a joyful triple flip worthy of Greg Louganis as he dives into the bath tub and claims his Schmacko™ with a smile!

The message: Your dog knows the difference between real and fake bacon treats, and will make your life a living hell unless you deliver real bacon treats.

The reality: Dogs will eat just about anything. I had a dog that could eat an entire container of TinkerToys in under a day. A dog will gnaw on a dessicated pig's ear, the femur of an ungulate or your favorite pair of Timberlands and feel pretty good about life.

It's classic pet food marketing, a marketing discipline in a class all its own. The pinnacle of the pet food marketer's art is cat food. . . and Mars knows cat food. They're the people who bring you the Pedigree™, Cesar™, Whiskas™, Sheba™ and Kitekat™ brands. You've seen the ads - the ones that feature a pampered-looking uber cat eating moist ur-food from a crystal dish with a look of barely-disguised entitlement. Mmmm, tasty.

What you and I can learn from this is the difference between buying features and usage features.

The user in this case doesn't care if there's real bacon in there. In fact, the user would be happy gnawing on any part of the pig.

But the buyer does care. The buyer cares deeply - deeply- about the experience of the user. Given that the buyer does not (and often cannot) truly know the mind of the user, the buyer projects his wants and desires onto the user. In this case, if the buyer loves bacon (and who doesn't, frankly) then the user must love bacon. The buyer's job is to choose the best. And obviously, real bacon is better than fake bacon, right?

For this product, the usage feature is being edible, and the buying features are real bacon smell, the promise of real bacon contents, and the message that the dog knows the difference. Because people don't buy pet treats for their taste, they buy because they want to feel good about taking care of their pet.

Unless you've enjoyed a SCHMACKOS™ yourself and just CAN'T WAIT™ to share its TERRIFIC BACON TASTE™ with your DOG™. In which case you are both a buyer and a user. And an idiot.

(An unlikely scenario, given the superior quality of ack/nak readers.)

I remember an ad campaign that wound up an almost Firesign Theatre-like phrase: "Is your dog getting enough cheese?"